There are indications that the perennial conflict between the Aten tribe of Ganawuri chiefdom in Plateau State, and the Attakar chiefdom of Kaduna State, will soon be a thing of the past.

This is because the two communities have resolved, to explore further pathways to addressing all the contentious issues that led to bloodletting between them in the recent past.

The Aten and Attakar chiefdoms, have been at loggerheads for many years, as a result of historical land dispute, boundary demarcation, mutual distrust and suspicion, lack of allegiance to constituted traditional institutions, amongst others.

This unfortunate development prompted the Plateau Peace Building Agency, PPBA in collaboration with the Kaduna Peace Commission, KPC with support from the United States Institute of Peace, USIP to initiate intervention measures to evolve lasting solutions to the myriad of challenges bedeviling the two communities.

At one of the sessions held at the palace of the Aten Aten of Ganawuri, the Director General, PPBA, Mr. Joseph Lengmang charged the communities to work closely with all stakeholders to ensure the return of lasting peace to the area. 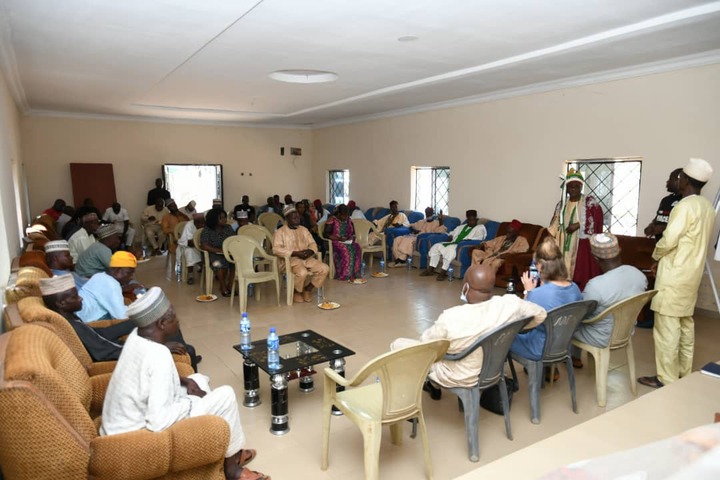 Lengmang said: “it is in our strategic interest that we live in peace with one another as opposed to living in mutual suspicion and mistrust because government alone cannot guarantee peace. We must work with all of you at the community level to ensure we restore the peace we so cherish”.

While lamenting that the conflict in the area and most other parts of the state and the country are orchestrated by those who benefit from it in one way or another, the Director General asserted that “we must forget the past in order to reconcile the present and the future”.

“We must change our story. I don’t what has caused this conflict but we must further reinforce our humanity, forge a new social compact and rebuild the broken fabrics of our society”, Lengmang stressed.

The Ata Aten of Ganawuri represented by Yakubu Chai, the District Head of Ganawuri advised the gathering not to allow sentiments to dictate their resolve to finding solutions to the problems facing their people.

Chai expressed the Aten Chiefdom’s readiness to sign the Expression of Commitment to Peace document which would allow all the affected communities to engage, in a systematic way, the identified sources of conflict which included, amongst others, displacement of villagers, disregard for traditional institutions, dispute over farmlands and mutual suspicion.

On his part, the Da Gwam Takkad, His Royal Highness, Tobias Wada called on the federal government to intervene in the situation by ensuring that a clear demarcation of the boundary between the two communities were marked.

The monarch then used the forum to harped on the need for all concern in the incessant conflict to forgive one another in the interest of peace adding that the Attakar people had already forgiven their Aten and Fulani counterparts and, was ready to engage with the contentious issues in order to find lasting solutions to the problem.

The royal father advised that what happened in the past amongst his people and the Aten on the one hand and the Fulani, on the other, was unfortunate but that urgent measures should be put in place to allow those that fled their communities in the heat of crisis to return and resettle as this would not only deescalate tension but, facilitate the return of peace to the area. 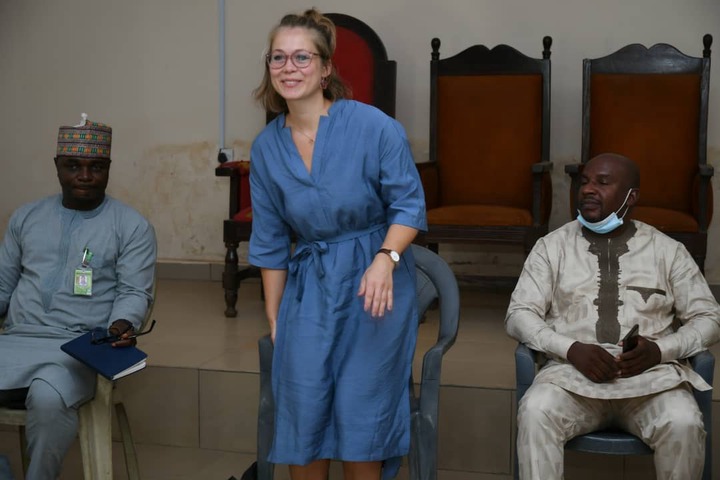 Also, the Ardo Fulani of Ganawuri, Alhaji Aliyu Salihu sued for patience and understanding from all parties in the conflict even as he called for the more representation of the Fulani in the committee that has been saddled with the responsibility of ensuring the smooth flow of communication amongst the various ethnic nationalities resident in the areas.

The meeting which is one out many previous ones had in attendance, the traditional institutions from Aten and Attakar Chiefdoms in Plateau and Kaduna States respectively. Leaders of the Fulani communities in both chiefdoms, Christian Association of Nigeria, CAN, Jama’atul Nasril Islam, JNI, Women and Youth representatives from the affected areas.

The meeting then resolved to jointly sign an Expression of Commitment to Peace document in the coming weeks indicating their interest to deploy dialogue and other Alternative Dispute Resolution, ADR in tackling contentious and to climax the series of intervention carried out by the Plateau Peace Building Agency and Kaduna Peace Commission with support from the United States Institute of Peace, USIP.