A statement purportedly signed by the body’s President, Biodun Ogunyemi says the strike suspension followed agreements reached with the Federal Government on its seven-months old strike.

The statement circulating since Wednesday said government had agreed to grant ASUU’s demands by February 2021.

ASUU on its Official Twitter handle however marked the statement as “Fake” with bold red diagonal lines crossing it.

The body had declared an indefinite strike in April, 2020, after a two weeks warning strike to protest the stoppage of its members’ salaries and the directive by government to compel its members to enroll for the Integrated Personnel and Payroll Information System (IPPIS). 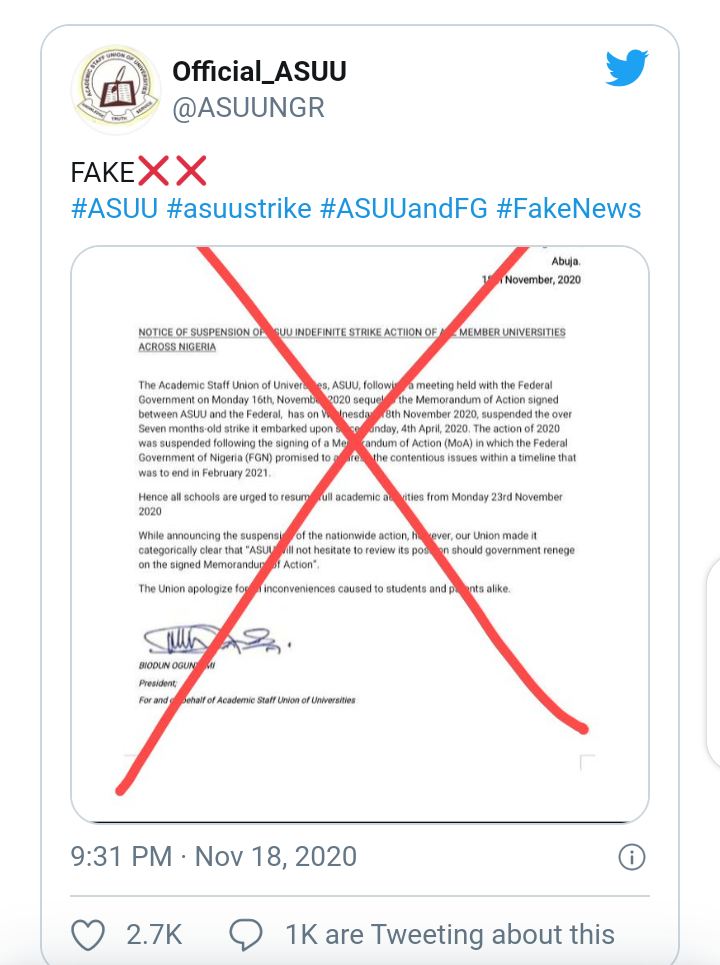 ASUU had requested for 18 months’ to develop its own alternative salary payment system, which is the University Transparency and Accountability System (UTAS).

The union also demanded a phased release of N1.1trillion for the rebuilding of universities and N220billion academic allowances of members which had accumulated from an agreement it had with the federal government in 2009.

Federal authorities have had series of talks with the union Officials but with no clear agreements reached on the suspension of the strike.